The Ingermanland has quite a heavy armament almost matching the 3rd rate in broadside weight even though she only has 62 guns versus the 3rd rates 74.

The Ingermanland even though it was originally built in 1715 has excellent sailing qualities, she even outspeeds the much more modern and the previous speed queen(of the ships of line) , the Pavel, by .07 knots(which granted, isnt a lot but she is more than .3 knots faster than all other ships of the line). The turn rate of the Ingermanland is also something not to be ignored as she turns better than the Constitution. The Ingermanland as a result is a an excellent ship of the line however she suffers from poor structure, being worse than the Constitution as a result the Ingermanland has to rely on its superior speed and maneuverability versus other ships of the line to survive.

The Ingermanland marks the beginning of Russia’s great plan for ship construction. It was constructed in 1712, launched in 1715 and became the flagship of Peter the Great.

You get the crafting recipe of the Ingermanland from crafting Frigates 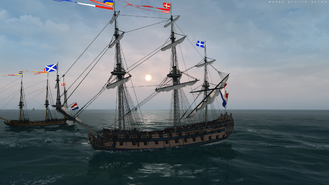 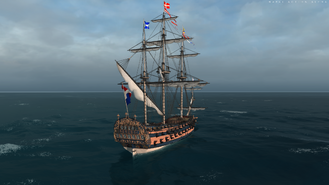 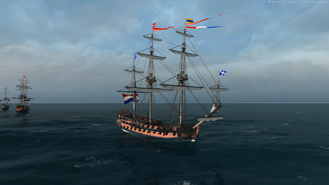 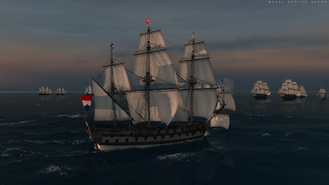 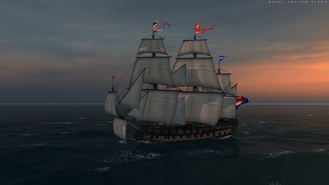 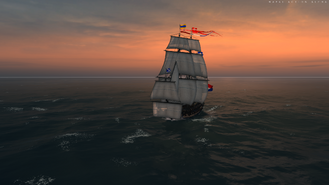 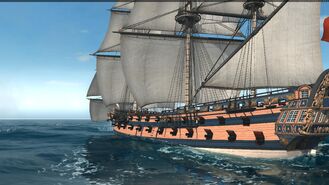 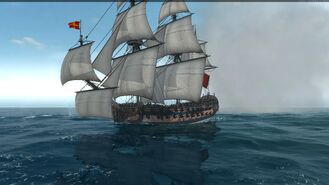 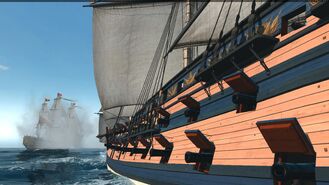 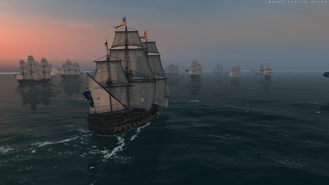 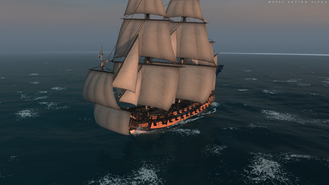 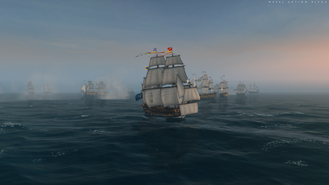 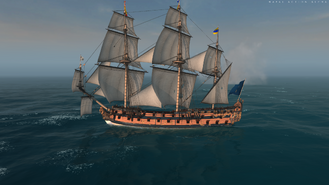 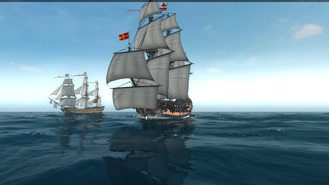 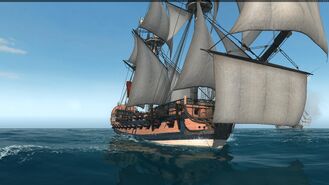